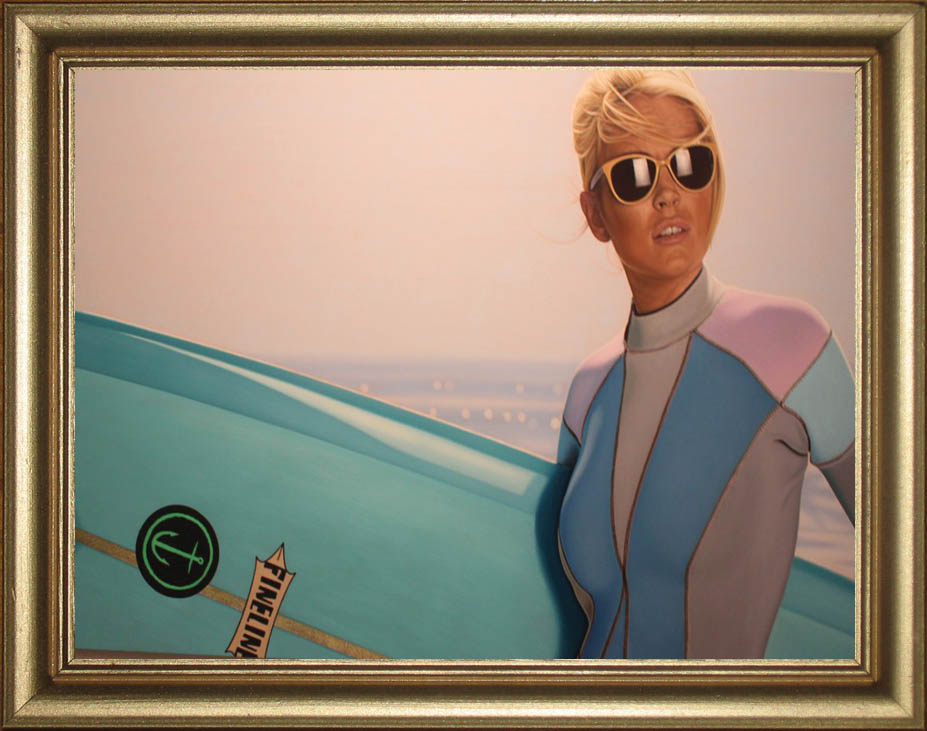 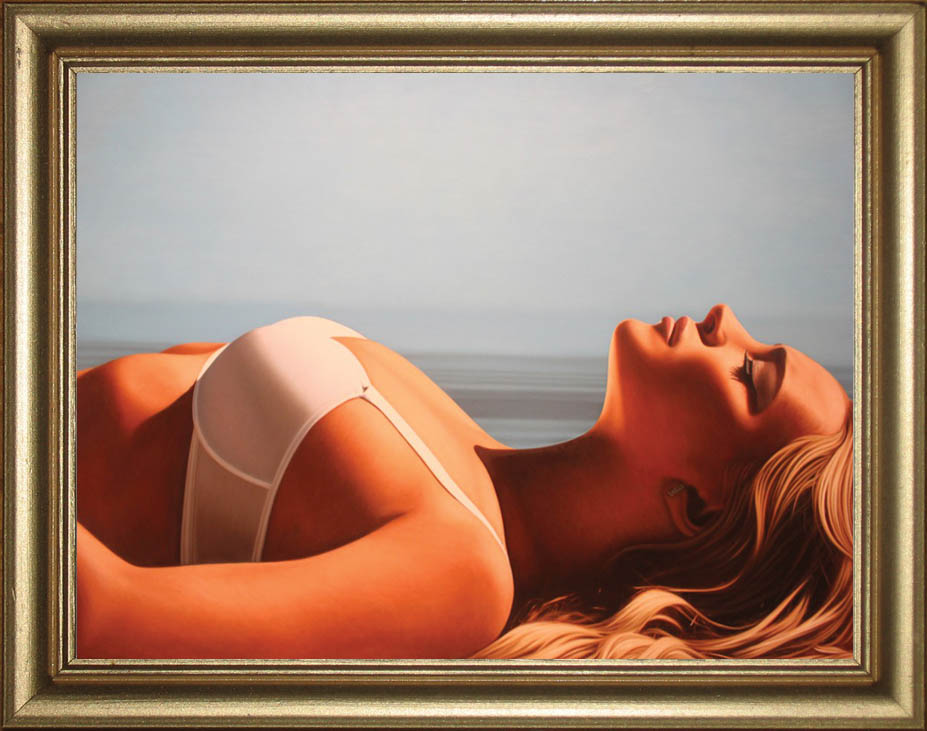 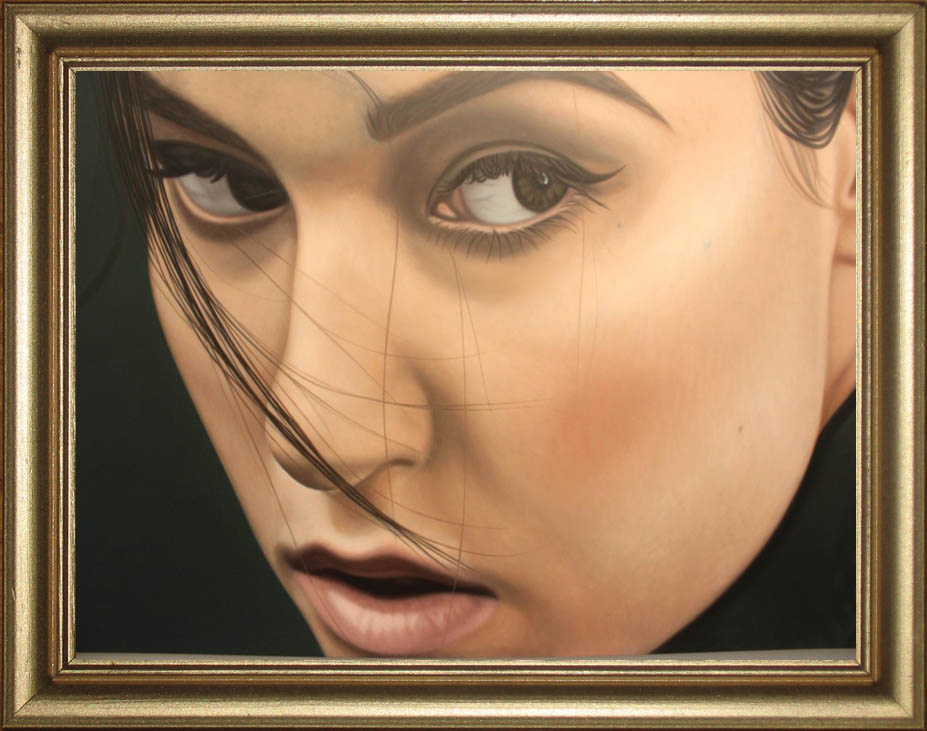 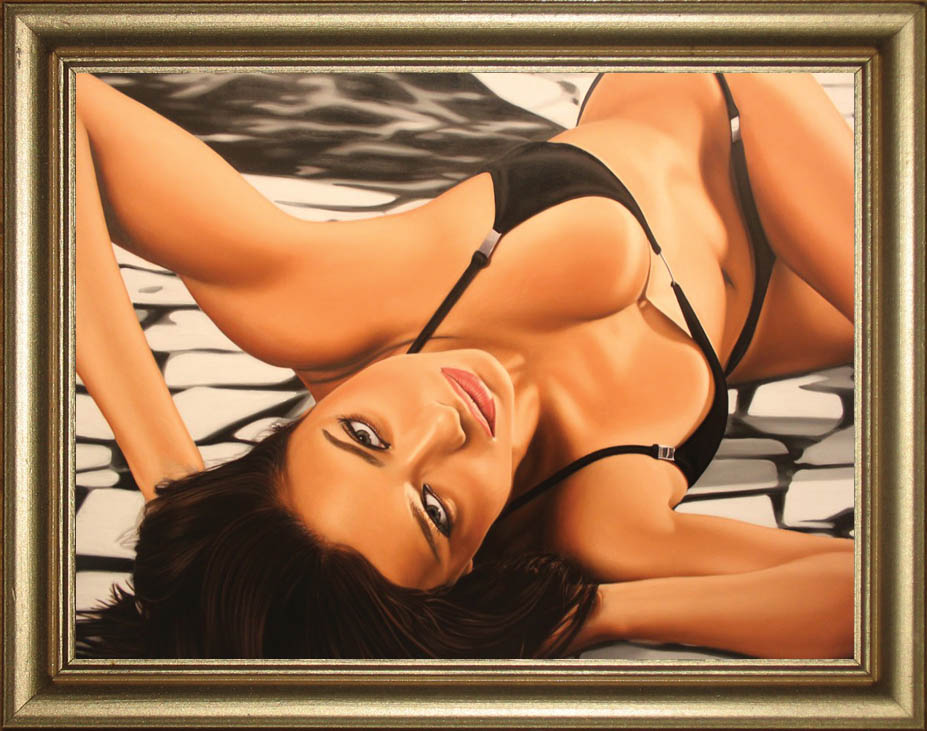 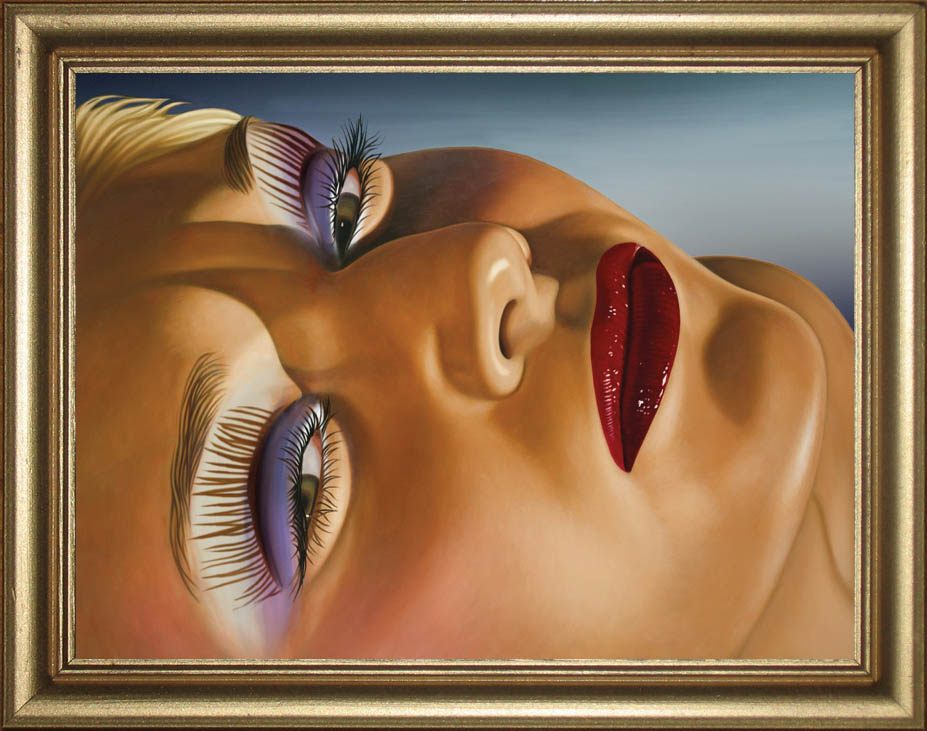 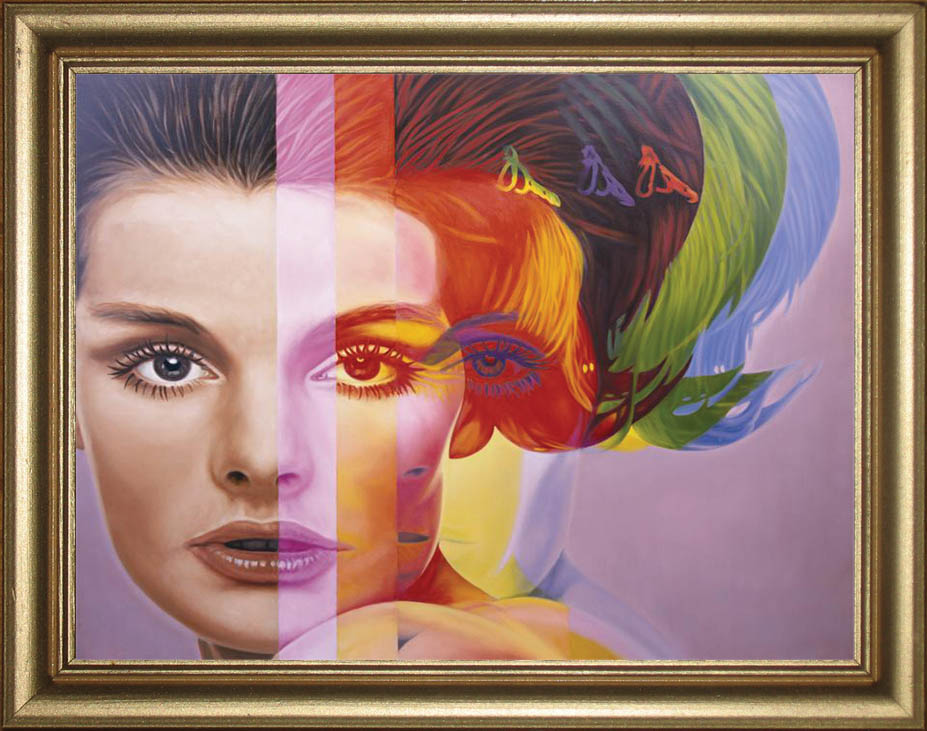 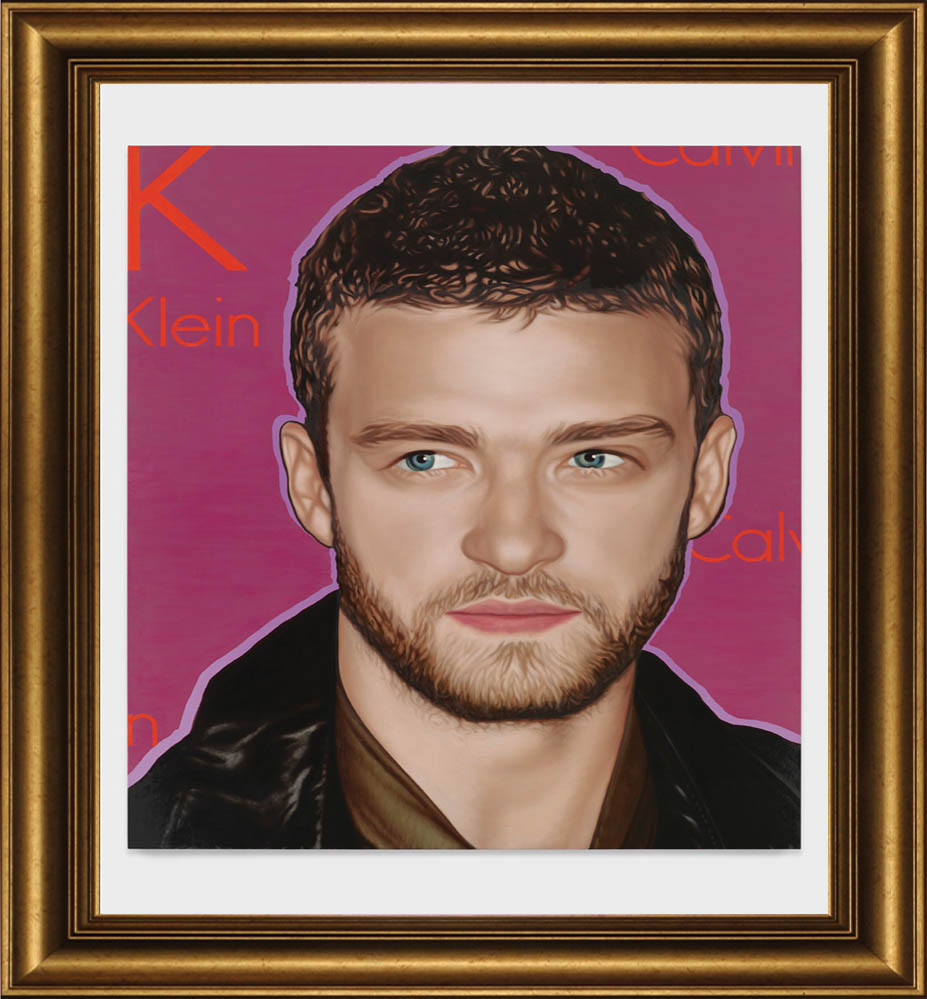 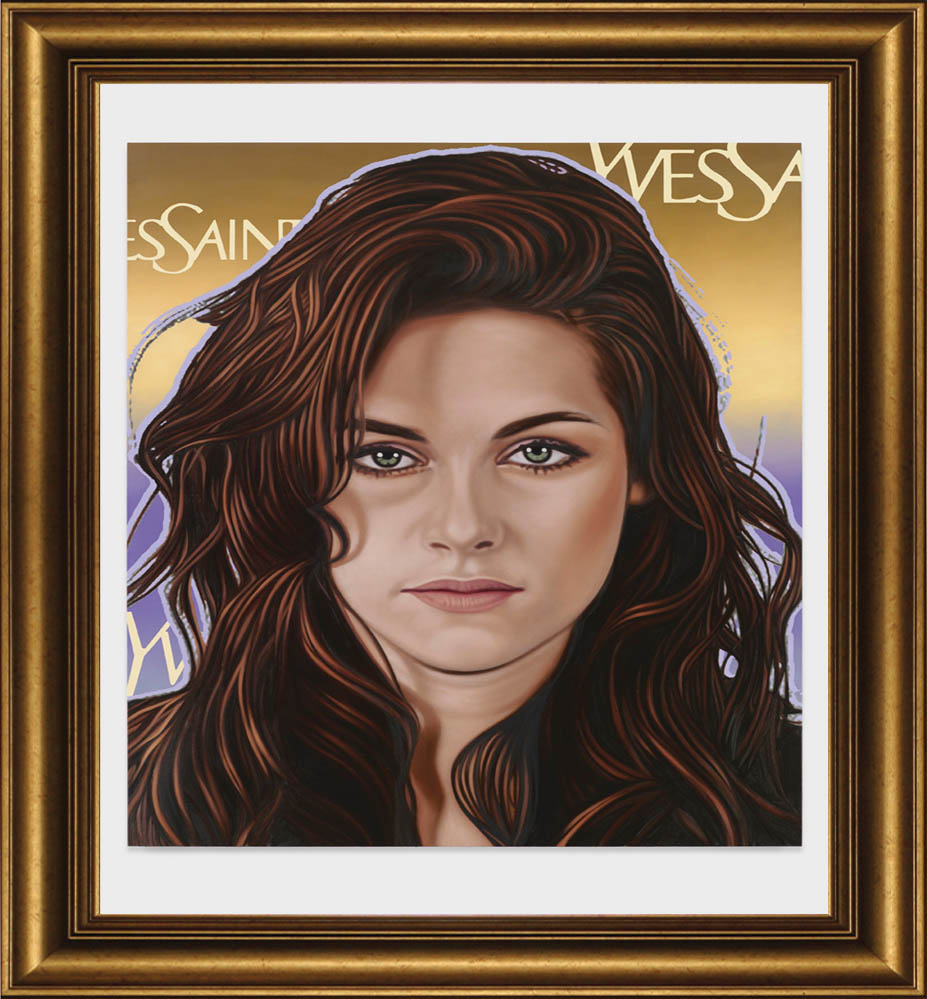 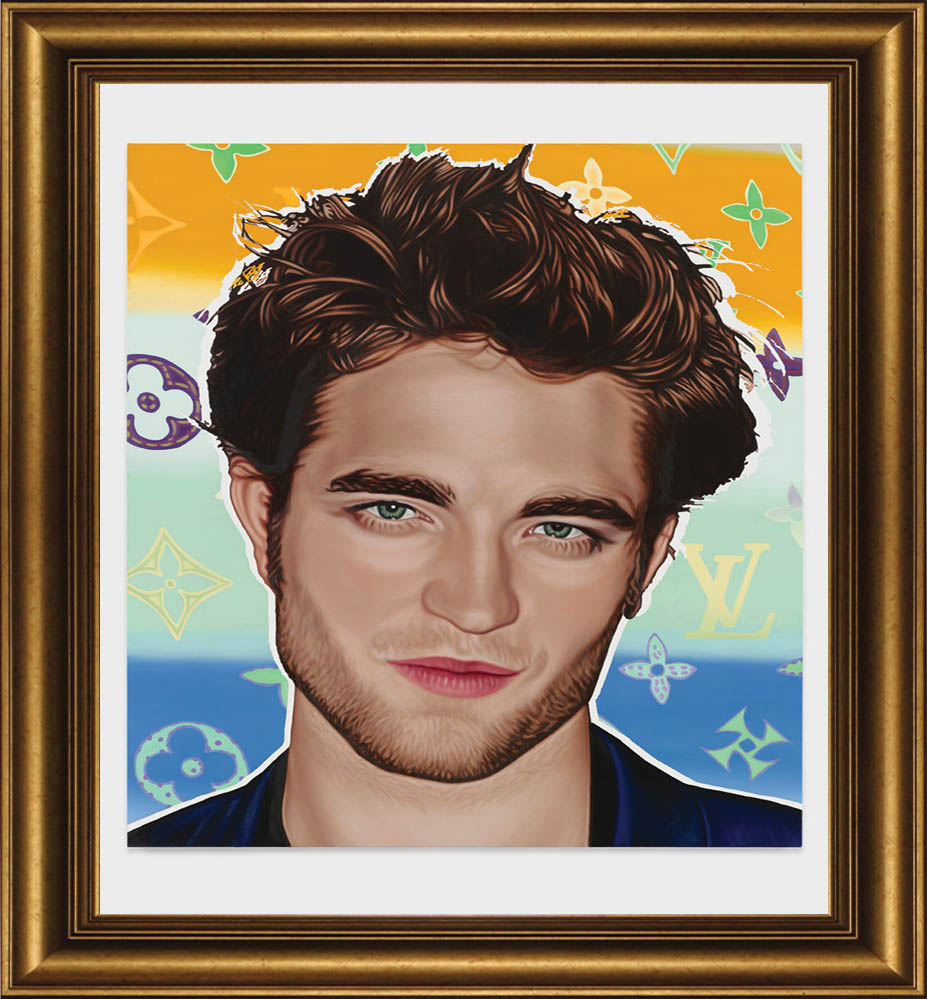 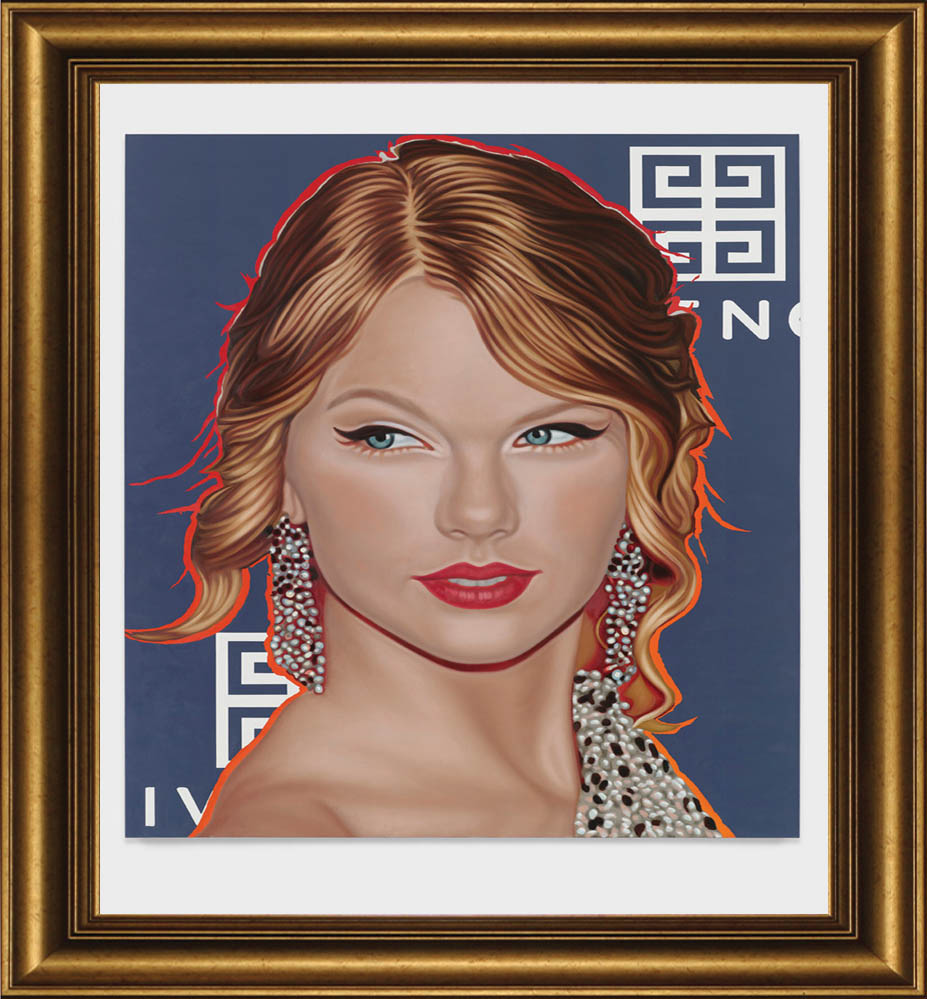 Richard Phillips (American, b.1962) is known for his portraits and connections to major celebrities and brands, as well as for his fondness of sports cars. He received a BFA from Boston University and an MFA from Yale in Connecticut in 1986. His paintings often are reminiscent of Art Deco and other magazine styles of the 1950s to 1970s. The images, which usually portray beautiful women, are large, glossy, and very realistic. Phillips was born in Marblehead, MA, but works and resides in New York. He has traditionally used fashion and even the occasional adult magazine model, and his work has become an important part of modern pop culture. He has engaged with a large number of celebrity acquaintances, and painted several music performers and even politicians. Phillips' art, which is often classified as glossy erotica and portraits, has gained him business opportunities with major brands, such as MAC Cosmetics, IZOD, and Jimmy Choo. Phillips' work has been seen in at the White Cube Gallery in London, the Museum of Modern Art in New York, the Whitney Museum in New York, and the Tate Modern in London, as well as in many other galleries across the United States. His work not only found its way into galleries but also into films and television.  Via artnet.com

Email ThisBlogThis!Share to TwitterShare to FacebookShare to Pinterest
Labels: ARTDESIGN